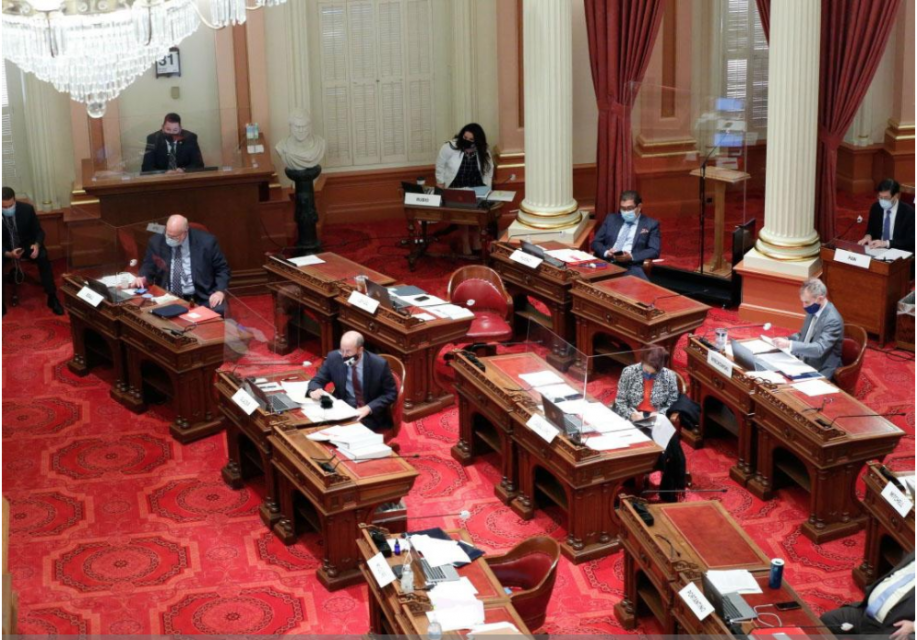 This year has brought many new and unique challenges in light of COVID-19, and the State Legislature was not immune to this reality. April brought a halt to all legislative activity due to the state’s shelter-in-place orders. This is usually a busy time for state legislators who are trying to get their dozens of bills through various policy committees. This activity was delayed until the middle of May 2020, and even that activity was very limited. Lawmakers knew they would have to limit the number of bills moving forward due to shortened deadlines, limited committee hearings, and ultimately a tightened state budget. Only bills considered high priority continued through the process; this list included wildfire mitigation, affordable housing, and healthcare initiatives.

After about a month of expedited hearings and socially distant testimonies, the Capitol closed again. It remained closed through the month of July with a few legislators and staff members testing positive for the virus. Once business was able to resume for the last month on session in August, even more bills were cut from the docket – never even making it to the second house. Even though the amount of bills had been severely cut, lawmakers struggled to get bills through the proper processes. The Senate argued that there were too many Assembly bills to address, and not enough time. This was due to the fact that there are twice as many Assemblymembers than Senators, and therefore twice as many bills to hear, amend, and vote on.

Tensions amongst the two houses and political parties remained high in the Capitol, climaxing at the end of the month when a republican senator tested positive for the virus. As the Senator had been part of the republican caucus, he exposed all of his fellow republican Senators (except one) to the virus. Senator Atkins ordered all exposed republicans to shelter-in-place and participate in all future hearings and floor votes remotely. During the final floor sessions where controversial bills were being heard, discussed, and voted on – republican senators complained that their arguments and testimonies were being unfairly cut short, or not recognized at all. Since their arguments had to be made remotely, and through video conference, they felt that they were snubbed, and their votes weren’t properly being recorded because of technical difficulties. Senator Nielson (R – Red Bluff), who did not participate in the caucus in which the rest of the party was exposed, was able to remain on the floor, and tried to call attention to his colleagues and their protests about being banned from participating in the proceedings in-person.

As a result of the collapsed timeline, and rising tensions between parties, many bills did not make it off the floor – and therefore never made it to the governor’s desk. The 2019-2020 legislative session ended on August 31, leaving the governor to make all final decisions about the bills that had passed and landed on his desk.

CALBO continues to monitor legislation despite the fact that most of the tracked bills this year died due to the unusual nature of this year’s session. Looking ahead, CALBO anticipates many of our high priority bills being reintroduced in January when the 2021-2022 session begins.

One of CALBO’s top priorities over the last few years has been seismic resiliency. Many bills have been introduced in order to address the issue ranging from a seismic inventory to establishing functional recovery standard. CALBO has been both sides of the issues, wanting to ensure that local governments have the proper funding and support instead of the state issuing broad mandates and placing the cost on jurisdictions. In order to address these issues, CALBO worked with Assemblymember Nazarian’s office to introduce a bill in the beginning of this session that would create a seismic inventory so jurisdictions could establish the range of damage that an earthquake could cause. Unlike the previous version of this bill, which CALBO actively opposed in 2018, this bill would 1) provide funding to local jurisdictions for the inventory; 2) limit the inventory to 29 counties; and 3) require the Seismic Safety Commission to maintain the inventory. This would take the pressure of local jurisdictions to fund the inventory as well as limit it to the seismically active counties. As of September 6, 2019, the bill was moved to the inactive file. This was most likely due to the fact that the Department of Finance opposed the bill. They determined the cost of the program would be more than $50 million to implement. This of course was CALBO’s initial concern with last year’s bill, which planned on putting this cost on local governments. The bill ultimately died on the inactive file, but CALBO hopes to reintroduce the bill next year with the same parameters.

Assemblymember Nazarian also introduced a bill to establish a functional recovery standard for the state earlier this year. AB 1997 (2020) was an updated version of a bill that has been proposed several times over the last few years, but it has been unable to pass out of the Appropriations Committee. It has been flagged with a fairly large price tag, therefore the Appropriations Committee has not prioritized the issue into the state budget. CALBO supported the measure this year which has been sponsored by the Structural Engineers Association of California (SEAOC), and hopes that the Assemblymember carries the measure forward in the future.

Another bill which CALBO closely monitored this year was AB 2168 (McCarty), which would expedite the application and permitting process for electrical vehicle charging stations. CALBO worked closely with a local government coalition to oppose this bill which includes: The League of California Cities, California State Association of Counties, Rural County Representatives of California, Urban Counties of California, and the American Planning Association. The coalition actively opposed this bill as it placed unreasonable restrictions on local jurisdictions, including jurisdictions that already have ordinances in place in accordance with AB 1236 (Chiu, 2015). The bill did not make it out of policy committee this year due to the shortened schedule, but CALBO plans on reaching out to the proponents of the bill during the fall recess to discuss its future. It is likely the bill will be reintroduced, especially in light of the governor’s recent executive order to eliminate gas powered vehicles by 2035 in the state.

CALBO also actively opposed SB 906 (D – Skinner). This bill aimed to convert current commercial and industrial buildings into habitable spaces. The author hoped that this would relieve the housing crisis that confronts our state. Although CALBO is supports the creation of affordable housing, the main concern with this bill was the delay of enforcement of the Building Code for seven years. Similarly, to the ADU bill passed last year, this bill wanted the building to be immediately available for habitation, while delaying the enforcement of the code – the implementation of which could be costly for the owners and the habitants. CALBO had major concerns with allowing the habitation of these sub-standard buildings and believes building codes are a matter of life-safety that cannot be delayed. This bill failed passage last year and was reintroduced this year. Because of COVID-19 limitations, the bill did not make it out of policy committee; however, this bill could be reintroduced in January.

Although this legislative year might have looked different that its predecessors, CALBO remained active in monitoring legislation as it moved through the process. It will be interesting to see what changes come from this past year, along with maintaining social distancing and the addition of virtual attendance. CALBO remains active on the front lines of important issues such as wildfire mitigation, affordable housing, and public safety. If you wish to read more about CALBO’s legislative efforts, please visit the CALBO legislative webpage, which is updated in real time when the legislature is in session. If you would like a full overview of CALBO’s bills of interest, you can also reference our online bill reports on the same webpage. Additionally, should you have any questions, do not hesitate to contact CALBO’s Director of Public Affairs Katie Little.