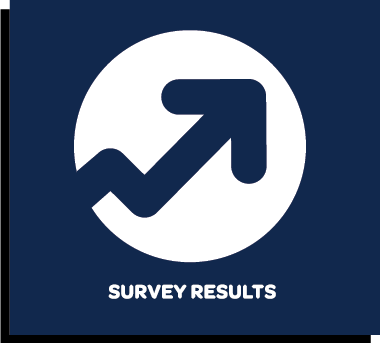 This summer the CALBO Innovative Practices Committee sent a survey to building departments in California with specific questions regarding technologies utilized in building & safety operations.

The committee devised a twenty-five (25) question survey that complemented the 2017 Innovative Practices survey. The 2018 survey covered two additional technologies; Mobile Inspection and Electronic Code Library to the survey of eight (8) technologies completed in 2017. Additionally, the survey focused on cloud and Software as a Service (SaaS) utilization by the Building and Safety departments.

Forty-five (45) agencies responded to the survey initially. Follow up phone calls were made to agencies that highlighted certain level of success with their technologies and required more investigation. Additionally, a “Regression analysis” was performed to arrive at certain findings highlighted on this report. This article provides a high-level summary of findings from the survey. The committee intends to arrive at recommendations to some of these findings and report back to the CALBO membership at the CALBO Annual Business Meeting in March 2019.

The survey resulted the following findings:

The three (3) most prominent systems that are used at Building & Safety departments (On-line Permitting, E-Plancheck, and Archive) are not linked together and do not meet the desired level of integration and streamlining at various agencies. Most agencies do not have their three (3) prominent systems integrated and still must utilize data entry in various systems.

There are no two Building & Safety operations that are exactly the same, and therefore utilization of their technologies cannot be readily compared. Different agencies provide different services based on their community’s needs and staffing levels. Even agencies who use similar software/systems customize and utilize their systems differently depending on their specific needs.

Majority of building officials and staff involved with department technologies complained that they did not have much role in the way of their systems implementation. A successful implementation of technology requires both an active leadership role and buy-in from staff who will be using the technology, such as Planning, Building, Fire, Public Works, Police, and other involved departments.

Must have support of the City Manager, if trying to implement a system across several departments. A mandate from the City Manager can resolve a lot of uncertainty and hesitation across various departments on utilization of same technology. However, even with such mandate, the day-to-day business functions of the system configuration must be established by each department using the system and its interactions with each other. Turning the selection of the software and its configuration over to the IT Department is a certain recipe for failure.

Many building officials are aware of “Cloud Based systems”, “Software as a Service (SaaS)”, and “E-Code Libraries”, but such technologies are not widely understood and utilized in our industry yet. Even though the survey did not specifically ask if agencies are currently on the cloud or not, it showed many agencies are contemplating going on the cloud due to the fact that agency staff do not have to maintain the systems and such systems can always be available to various users, staff, and applicants. Keep in mind that when selecting a solution for your agency, the software must fit your business model and work for you. As a secondary concern, worry about the underling technologies.

Some of the more progressive cities are inquiring about cloud technologies or have implemented some cloud services through their consults and privatization of services, such as plan check services. (See a more detailed article on this topic in the upcoming CALBO News).

Only 50% of the agencies surveyed use technologies that are on the same platform. The other 50% want or are trying to link their systems together. Less than a 33% feel their system’s integration is/was smooth.

Only 50% of agencies surveyed do not have an online permit system and the public can not apply for any kind of permit online. Implementation of a robust portal (web service application) is critical in providing online services.

All agencies surveyed have an electronic archive system and a website.

Almost 50% of the agencies surveyed are utilizing Mobile Inspection and Inspection OnLine Services to some extent but laptop/tough book connectivity to their permit systems are problematic.

Social media is not widely used at Building and Safety departments of various agencies, but there is growing interest in this medium.

Electronic Codes & Standards Libraries are growing in the private sector thus far, but are not widely used by building officials. There are several factors for this: first, building officials traditionally are more comfortable and used to only working with paper copies and manually marking their code books. Additionally, most of E-code systems are not all inclusive or cloud based and only a few systems provide an electronic markup tool for notes. Lastly, most electronic codes are generally not ready early enough during code adaption cycle. (See a more detailed article on this topic in the upcoming CALBO News).

Additionally, a “regression analysis” was performed on the survey data to arrive at building department efficiency through implementation of technology. Productivity and efficiency are some of the primary reasons for implementing technology in a building department. Efficiency is producing at the lowest possible cost for a given level of output. The output of a building department primarily consists of permits processed through plan check, permit issuance, and inspections. The types of service offered and the business practices of each agency vary greatly and a direct comparison is not always possible. Many agencies used automation to supply greater levels of service with the same staff improving the total service without showing a cost reduction. (See a more detailed article on this topic in the upcoming CALBO News).

These findings and the subsequent planned articles are a token of appreciation to those who volunteered their time and contributed to the results above; Building Officials who responded to the survey, CALBO staff who sent out the survey and organized the data received, committee members who evaluated the data, and finally, to those who responded to follow-up phone calls. I encourage you to take some time and read the upcoming articles. I found the information valuable to our industry, and I hope you do as well.