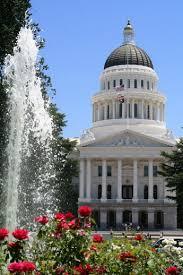 Just as the weather gets hot in Sacramento during this time of year, so does the legislature as May 27th this year was the deadline for bills authored in their original house to pass to the other house. This deadline is called the “House of Origin” deadline by policy-wonks in Sacramento. Outside of the fiscal deadline, this is one of the most important deadlines in the California Legislature where bills face a key halfway point for their fates in the final year of this two-year legislative session.

The house of origin deadline for CALBO was a good one as 11 bills we had a position on met their fate and have stopped moving through the legislative process including several high priority bills.  Additionally, several high priority bills were amended and have shifted CALBO from oppose to a neutral/watch position.  Below are summaries of a few bills CALBO has received amendments on to remove our opposition and a list of bills that CALBO’s legislative team will continue to advocate for in Sacramento. Let’s begin with the accomplishments of bills that CALBO has moved from Oppose to Neutral on since our amendments were accepted:

Despite these “wins” for CALBO’s advocacy efforts, there are still several bills of concern that have moved to the top of CALBO’s priority list for the rest of this legislative session. Here are a few CALBO priority bills:

CALBO has had multiple conversations with the sponsors of the bill and the author’s office and are hopeful the dialogue can continue as we look to clarify and improve the language in the bill.  CALBO does not support a shot clock on timelines but is trying to improve the feasibility of the bill for our jurisdictions should it be enacted into law before moving to neutral on the proposed legislation.

For a full listing of legislative items of interest to CALBO members, please check out our All Bills Report on the CALBO website. There are several notable measures of high interest to CALBO and our stakeholders, which is why we have kept them on our radar and are actively monitoring their progress.